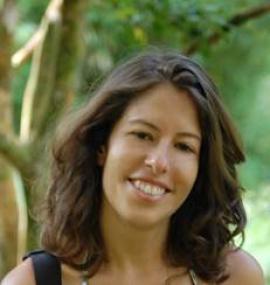 Manuela Parente, researcher at CIBIO, Faculty of Science and Technology, University of the Azores.

Graduated in Biology in the University of the Azores, completed MPHILL in 2002 and PhD in 2007, both in Marine Sciences, University of Portsmouth. Her research has been on the field of biodiversity and evolution of macroalgae combining traditional and molecular taxonomic techniques.

DNA barcoding has been used to study the seaweed flora of the Macaronesia, and monitoring of non-indigenous species in the Azores, macroalgae and invertebrates (Descriptor D2 — Marine Strategy Framework Directive implementation). She has been focused on phylogeny of brown algae with description of new higher taxa and new species.

Manuela published 27 papers, 19 of which in international peer review journals and 8 published in refereed journals with an h-index 8, RG score 23.56 and over 266 citations, edited one book and 2 book-chapters. Manuela won the First Prize of the UBC (University of British Columbia) Award in 2007.

She coordinated one FCT project on DNA barcoding of marine macroalgae and was member of more 9 projects (2 national and 7 regional) and since 1998 she won 8 full-grants, 3 short-grants (1 Colparsyst, 2 Synthesys, 1 FCT) and 2 contracts. She Co-organized the 2nd Conference of the European Consortium for the Barcode of Life (ECBOL) in 2010 and organized other scientific events (e.g. international workshop on Marine DNA barcoding) and organized or participated in educational initiatives.

She lectured undergraduate and master students at the University of the Azores.