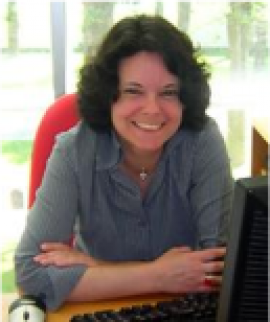 Main domain of research: Mónica Moura has been working since 1991 in biodiversity conservation, having specialized in the fields of propagation of Azorean endemic plants by seed and by in vitro culture, and in molecular genetics, in the areas of phylogenetics and population genetics of Azorean endemic and native plant taxa. She has recently taken interest in the field of metagenomics.

Publications: Mónica Moura has over 35 published or accepted papers in ISI recognized journals and over 10 papers in other publications, such as refereed journals without Impact Factor or proceedings of symposia. She also edited an ISI journal special number, published 2 books as author or editor and authored one book chapter.

Scientific projects: Since 1991, M. Moura coordinated/participated in 20 main research projects, funded by different agencies (10 international, 6 national (FCT) and 4 regional). In the last years she coordinated in the Azores two MAC PCT projects obtaining about 400,000 Euros in funding and is currently coordinating a PO Açores 2020 project.

Outreach projects: Mónica Moura coordinated the exhibit “Discovering the Botanical History of the Azores; Plants and Scientists” at the Universidade dos Açores, Ponta Delgada campus, from December 2010 to April 2011. The exhibit was visited by several schools and was accompanied by a companion interactive CD and electronic book. She is currently developing an electronic flora of the Azores (eAZFlora) for mobile devices.